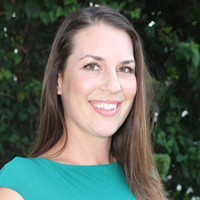 Lanky Lassies Short Bread was founded in 2011 by the fabulous and fierce Mary Katherine Mason Sauter.  A Dade City native, MK graduated from Zephyrhills High School in 2001, going on to attend USF for one year before joining the Marine Corps in 2002.  Over the next six years MK served her country proudly and despite sustaining significant injuries during her tour of duty, she relentlessly pushed on and graduated from USF with a double major in Advertising and Mass Communications.
After college she secured a job in the hospitality industry selling interior finishes and designs to hotels.  When attending parties and events she always brought along shortbread as a gift, made from her family's recipe, and was overwhelmed by the compliments she received.  Encouraged by the feedback, MK decided to enter the recipe into the 2011 Scottish Highland Games in Central Florida, and to her shock came home with the Gold Medal!  With proof of the recipes' appeal under her belt, she now had the confidence to give a side business selling her shortbread's a try.
As the world shut down in April of this year, the hospitality industry that MK served was turned on it's head. Despite many years of exceptional performance MK quickly found herself without a job after her position was furloughed.  While most people would have seen a setback, MK saw a chance to pursue a dream and decided to make her side business a full-time endeavor. She immediately jumped into action, and with help from local resources like Pasco Edc's Smart Start program she was able to secure a commercial kitchen, a tax receipt, and a manufacturing license.  With the business quickly taking shape and beginning to boom her husband joined in full time and the rest is now history.
Lanky Lassies was featured on Tampa Bays Morning Blend and MK's shortbreads have started popping up all over Dade City and surrounding areas.  If you happen to be shopping in downtown Dade City you can find Lassies at Patrons at the European Emporium, the Tropical Wine Shop, and the Crusty Buzzard Snak Shak.  You can also order lassies direct from www.LLshortbread.com, and you can pick your order up at the Rustic Pearl if you live near San Antonio, or have them shipped direct to your home.  Every month MK offers a new 'lassie of the month' so you always have a new flavor to explore.
Most people would be quite proud of what they have already accomplished, but not MK.  In typical MK fashion she has her sights set on the future, with a new website on the way and subscription service soon available.  Rumors of a possible storefront location and a speakeasy down-the-road have even been buzzing about!  Once again Dade City has found themselves blessed with a successful entrepreneur that adds a little delight to what our area has to offer. 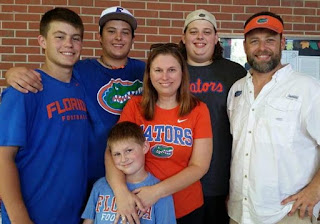